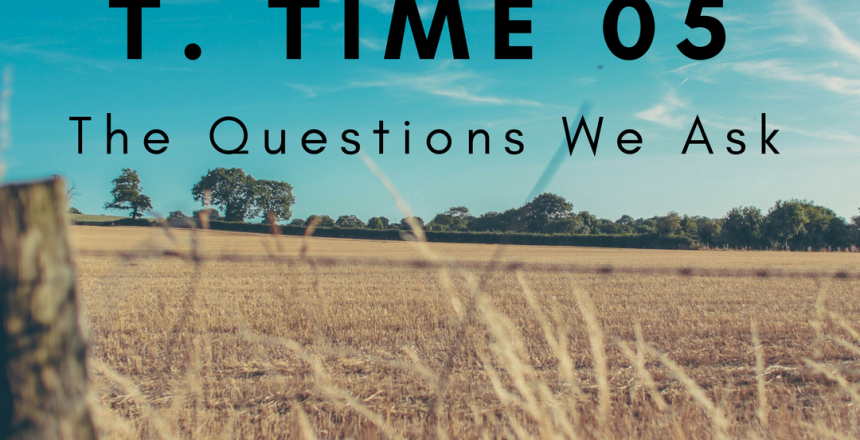 You may have noticed that the start of most of our interviews start in a similar way, with similar questions.

Listen To The Episode

“Share about your farm,” “Tell us about yourself,” “What brought you to agriculture?”

We ask these questions because they help establish a baseline, but they can become repetitive if you’re asking them over and over. I haven’t tried cutting together a reel of me asking them, but you and I can imagine the effect just the same.

If they get annoying though, why do we ask them? If it’s the same question, why ask it? Because what’s truly remarkable about interviewing someone is hearing the different answers each person has to the question.

Sure, there will be similarities here or there. Joel Salatin’s books and influence has been a part of many of our guests stories, but again the answers in how it effected them varies from person to person.

Questions are among the most powerful utilization’s of language and words, and consequently I annoyed my sister with them a few weeks ago.

She and I have differing opinions on a few topics, but particularly in how cows, chickens and pigs, should be treated. I think they taste great, she doesn’t.

I should clarify I hold nothing against vegetarians or vegan diets, anyone who has that much self control around bacon or steak deserves an award. What I do take issue with is doing something without reason or purpose.

Because I am her brother, I quizzed my sister about why she disagrees with eating animals. Eventually, when she would make a statement like, “because their lives matter too.” or something of the sort, I would just ask “Why?”

I kept asking why, and eventually got enough on her nerves she asked why I was asking why.

My reply was simple and conscience, the same thoughts on questions and whys that I wanted to talk about today.

Why, reveals reasons, passions, purpose and motives. Why is the motivating force that pushes us to action, and without it, what’s the point?

We ask farmers why they choose to become farmers because it’s important to establish what it is that matters most to them. It informs what driving force is it that compels a man to work hard, long, tiring, thankless hours to raise food that most will take for granted.

I asked why because if you cannot answer, you don’t have a good reason to do anything or believe anything. Why doesn’t necessarily have an ending either, like the turtles that supposedly hold up the world, they are stacked one on top of another in infinity.

Why will, if it can end, land in how and where you draw the lines that you will live your life. The decisions you have made to base your moral life upon.

Here’s the important thought I want to leave you with: Why is the question that life will ask of us, how we answer it is what defines who we are.